Obituary for Joan A O'Connell (Verpeut) 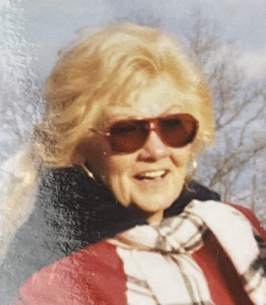 Joan A. O’Connell (nee Verpeut), 79, of Wood-Ridge since 1989 formerly of Jersey City, passed away on May 29, 2022. Joan was the first woman police officer appointed to the Hudson County Police Dept. where she served for six years. After retiring, she was a loving homemaker and devoted her time to taking care of her family. Joan was a huge fan of Elvis and the NY Yankees. Beloved wife of Denis J. O’Connell. Loving mother of Robert Stevens and his wife Vivian, Ronald Stevens and his wife Johanna, Daniel O’Connell and his wife Antionetta and Colleen Chandra and her husband Rocky. Cherished grandmother of Melissa Berthold and her husband Ryan, Robert Stevens, Jr., Abigail Chandra, Gabriella O’Connell, Kevin O’Connell and Rocco Chandra. Dear sister of Daniel Verpeut and his wife Aspasia, and the late Wayne Verpeut. Caring sister-in-law of Iris Verpeut. Visitation will be held at the Kimak Funeral Home, 425 Broad Street, Carlstadt on Monday, June 6, 2022 from 2-6 PM with a service at 4:00 PM.

All rights reserved. This obituary is also archived at obittree.com